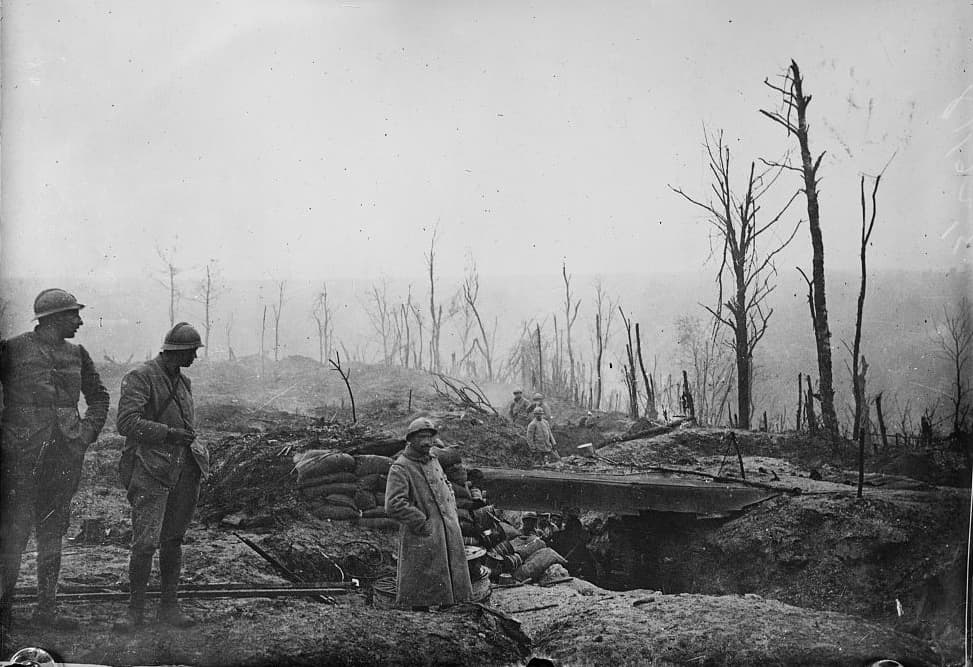 ‘And then, looking out in deep sorrow across and beyond the killing fields of Verdun, the mud stained with the blood of thousands of young men who fell for their country, I thought of Strasbourg. And I thought of peace and beauty…I thought of life. And of love.’

Extract from a letter home to Strasbourg from an unknown French army officer, November, 1917 AS I strike out east on the long drive from Dieppe to Strasbourg, the early morning sun already starting to intensify on the horizon, I set myself the first of my usual French driving challenges. Do not, under any circumstances, David, react to the maddening French motorists who stubbornly stick to my rear bumper at 130 kph. Calm, David, calm. I’m trying. It’s not easy.

I absorb the featureless, gently undulating greens and greys of the Pas de Calais flanking the autoroute, the recently anointed Nobel Laureate Bob Dylan playing above the drone of the car, and I think about a collection of journalism set in France by a former Nobel Prize for Literature winner, Ernest Hemingway, penned over 90 years ago. Back in 1922, Hemingway and his wife also headed out to Strasbourg, flying from Paris in those pioneering days of commercial flight. Here is the great man, filing a story for the Toronto Daily Star, published on September 9, 1922

‘We headed almost straight east of Paris, rising in the air as though we were sitting inside a boat that was being lifted by some giant, and the ground began to flatten out beneath us.’

It looked out into brown squares, yellow squares, green squares and big flat blotches of green where there was a forest. I began to understand Cubist painting.’

It’s a beautiful description, harnessing a well-disguised simplicity of language and purity of tone, and already bearing the stylistic hallmarks of the great work yet to come. Hemingway’s flight took around 2.5 hours from the capital. My drive from Dieppe was nearer to seven hours, taking in the killing fields of Verdun and the great city of Reims.

It’s a long way, but at least, I thought, there were no hold ups. Just fast driving, paying to use roads which are well maintained and for the most part clear of any meaningful congestion. Ah, the joys of European motoring – but for how much longer will we be able to enjoy this relatively seamless passage – and where better to sample the thoughts of our French neighbor on our impending departure from the EU cocoon than Strasbourg, imperial seat of Alsace power and wielder of limpet-like bureaucratic control?

Despite battles raging in and around the city down the centuries, Strasbourg is as impeccably preserved as a jar of Swiss pickles. A reassuringly bourgeois ambience pervades the spotless boulevards. Designer boutiques bustling with the chic and the moneyed, restaurants and packed bars gently competing for the high-roller business funded by diplomatic corp salaries.

Strasbourg’s old town, site of one of Europe’s greatest cathedrals (and incidentally where my daughter now resides while attending the nearby music conservatoire) resonates with profoundly lovely medieval architecture, which, extraordinarily, has escaped the ravages of both time and the ferocious attempts of the Third Reich to obliterate it from the face of the earth. And if the city does not quite cut it, there is always Germany a short hop and a jump away. Just as I do today, Hemingway found it a breeze to pop across to war-scarred Deutschland all those years back. A quick flash of the passport and you are in.

And as French troops discovered back in 1918, cycling into Germany is a pretty efficient way to travel. You’ll be speaking in German, rather than French of course, but apart from the language and the labels on the beers, the immediate border country is virtually indistinguishable. Think of it like crossing from England into Wales, just with more sunshine.

Yet ease of passage through these border zones may soon become a distant memory for Brits, as the process of disentangling the UK from the European Union begins in earnest.

Then again, maybe it will not be quite so hard to do business – in France at least – as some have made out.

While Strasbourg is (currently) undeniably the city du jour for political decision-making in the heart of Europe, it could be that Paris, for so long a magnet for global tourism, is also set to become home to the UK’s upper strata of investment bankers and the crème de la crème of our business decision makers.

The French government recently pledged to make its tax regime for expatriates the most favourable in Europe, in a grab for London-centric banking business displaced by our decision to quit the European Union.

“We want to build the financial capital of the future,” stated the prime minister, Manuel Valls, sabre rattling in a recent gung-ho address, presumably designed to reassure alarmed voters as well as a direct appeal to the banking and financial decision makers. “In a word, now is the time to come to France.”

Mais oui. Bien sur. But is it really?

France’s general disdain for big business is well documented. The Republic’s ideals, built on the foundations of radical ideologies underpinned by Robespierre and his followers, created a universal socialism of sorts, which permeates contemporary French society.

And while the French – as evidenced by the well-heeled denizens of urban fortresses such as Strasbourg – invariably demonstrate a clear appetite for the finer things in la vie, business, and the overt successes which are inevitably inculcated within major blue blood brands, are all too often dismissed as vulgar and plebian.

So as I drift through the polished cobblestones of Strasbourg, absorbing the timeless beauty of buildings designed and constructed by determined men and women centuries before, avoiding the pleading eyes of the beggars and the destitute ironically staring hungrily from under ragged hoodies, I wonder how the domestic and international landscape will look a few years’ down the line from now.

The great European frontiers, which Hemingway and his bohemian entourage traversed so easily almost 100 years ago will become more forbidding, less inclined to the friendly wave.

Some, Greece, perhaps, Austria and other countries exasperated with political and economic refugee influxes may extend a frosty unwelcome to UK travelers also, erecting the Closed sign and effectively terminating decades of post-war goodwill.

We shall find out soon enough.

Plus ça change, as the French would have it. Things change…but they don’t change. Hemingway might have had different ideas.