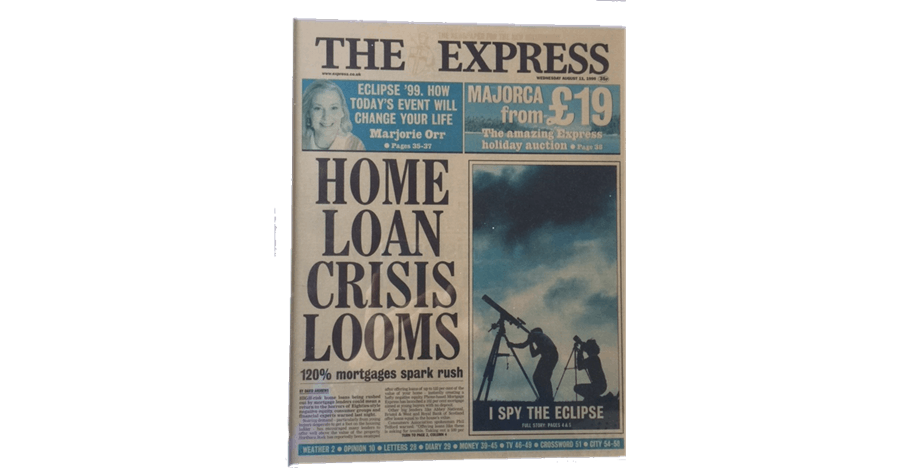 Then cometh a horseman….

I was an actor.

Post graduate drama school training after university. Immersed in the method as taught by Stanislavski, with ambitions to get to LA and hit the big time. A few hysterical months as a stand-up comedian, occasional Tarzanogram and endless fringe theatre jobs, and I finally secured the elusive Equity card. I was a professional. Finally. Now for world domination, I thought.

As with all the best laid plans, mine were derailed very early on. The freezing winter of 81/82 pretty much did for me. Having played a singing, dancing bear in a fringe pantomime production at the Grove Theatre, Hammersmith, I began to have second thoughts about my career path when I could not afford to buy a hot dog (they were 37p…I still get a Proustian whiff of those sizzling onions as I emerged blinking into the London gloom) from the stall which lurked tantalisingly outside the theatre.

Finding the rent that winter was a nightmare. I remember one day in desperation joining a concrete laying gang. For a 10 hour, back breaking shift in the pouring rain I was paid £18. I spent most of it in the pub that night and then suffered a terrible bout of flu’ which laid me up for a month.

I did get a few breaks – one of the Chariots of Fire producers, Paul Knight, cast me in a couple of episodes of the popular kids’ series Robin of Sherwood, which first screened in 1985. Can you ride a horse, he asked, barely looking up from his desk.

Learn to ride David. Learn to ride. Script will be in the post. Filming starts at the beginning of June. We will be in touch. And with that I was dismissed. Around ten riding lessons later, I am on the set of Robin of Sherwood, filmed mostly in and around the Cheddar Gorge, a few clicks from Bristol.

You can check me out getting an arrow through the chest, courtesy of a grumpy Ray Winstone, who was cast as Will Scarlett and spent much of the shoot getting hammered in bars and clubs in and around Bristol. Ray didn’t like me very much. I think he thought I asked too many questions. Was too full of myself. Mea culpa, probably. I can’t remember exactly. It was a long time ago.

When my fleeting appearance in Robin of Sherwood was finally broadcast I thought I had the acting business cracked. A steady flow of work in theatre, commercials and then a call to join a US theatre company.

Touring shows around the East side of the US got me a little closer to LA, but only in the geographic sense. It wasn’t long before the phone stopped ringing once again and I was grubbing around from fill in job to fill in job. Bar work, hod-carrying, teaching, driving, I took whatever came my way. But it was only when I started filing copy for movie and stage magazines that I gradually made the transition from an occasionally working actor to an always employed journalist. But I always regarded myself as an artist, one way or another. I know I was side tracked into journalism and then formed my own PR consultancy, but hey, a man needs to make a living. And you try bringing up two kids on the typical actor’s income.

Being an artist and grinding penury often go together. Mozart, on his brief stay in Soho, literally starving, stealing food where he could find it. Know the feeling, Wolfgang.

Van Gogh, constantly in poor health through lack of regular nutrition and damp living conditions. James Joyce, forever dreading the rent collector’s knock on the door and wondering how he would clothe and feed his young family. The poet Rimbaud, half crazed with malnutrition despairing of another freezing winter in a hostile and unforgiving Paris.

Dostoyevsky, skeletal and ill, the bank account and the cupboards bare, all hope long since evaporated. F Scott Fitzgerald, before the spectacular success of The Great Gatsby, reduced to begging in the streets to help fund the next marathon drinking session.

Suffering for one’s art is a cliché. Oscar Wilde, while entertaining lavishly in the salons of Paris, would remark that when bankers got together they liked nothing better than to discuss art. But when artists got together the theme was invariably money, the folding stuff, and the lack of it.

Art and artists come in all shapes and sizes. Along with the painters and illustrators, poets and writers, musicians and composers, filmmakers and dramatists, there are the actors, the thespians – the grubs that populate this seductive world.

Back in Shakespearean times, which is around the time that theatre troupes were properly established in a more or less coherent form, medieval actors were the absolute dregs of society, occupying a social standing barely elevated above common thieves and pimps – the so called travelling players, nomadic performers typically regarded with contempt, fear and suspicion.

Fast forward a few hundred years and actors are still having a rough time of it.

Despite being unequivocally aligned to an industry which contributes billions of dollars to the global economy, recent data reveals that over 75 per cent of actors earned less than £5,000 from being on stage or in front of the cameras last year (2014). Less than £5,000. That’s not even £100 a week. And despite the undeniable glamour that is invariably associated with this penurious world, Casting Call Pro (CCP), a professional casting website, found that just two per cent of our thespians earned over £20,000 in 2014. A further one in five failed to secure a paid acting job at all over the last 12 months.

So many a bitter thespian eyebrow would have been raised by the recent revelation that Daniel Craig, the actor par excellence du jour, has trousered around £39 million from his latest outing as 007.

Thirty nine million pounds. It might not be enough to get him onto next year’s Sunday Times Rich List, but it will keep the diminutive performer in Aston Martins and Omega Speedmaster wristwatches until they are banging the nails in.

The sheer imbalance in the harsh realities of this precarious world become even more pronounced when you look at the vast fortunes amassed by the likes of Robert Downey Jnr, a man alleged to make north of £50 million every time he climbs into an Iron Man whistle. These riches of Croesus are rewards granted to just a handful of actors, who by some fortuitous route or other have managed to achieve the near on impossible – make it big in Hollywood.

Millions chase this dream. Millions fail. And I speak from experience.

There are lots of actors based in Brighton, where I rest my head. Many is the time I would overhear conversations in my local gym, of glum faced actors, sighing in between grunts on the bench deck.

The subject is invariably the next job. Where – if at all – it was coming from. News of the steady success of the wider economy to those who have staked all on a career on stage – and screen, if they are fortunate – does not register.

The phone seldom rings in these conversations I overhear, and I know only too well how useless and bleakly hopeless one feels at these times.

A couple of older actor chums of mine, both at one time very successful in their own right, with lots of high profile film and TV credits between them, recently had to move out of Brighton to a much cheaper area as the strain of bringing up young children on irregular or entirely absent incomes began to tell.

An actor who was in the same couple of episodes of Robin of Sherwood (The Swords of Wayland, check it out on YouTube) as me went on to become a household name. He now lives in Brighton with teenaged children and rarely works. It is hard. Someone else usually gets the job. Unless you are Brad Pitt.

Tales of bailiffs pounding on the front door looking to take away the television or whatever else might be removed to cover the mounting debt pile are common. I wonder how in 2015 anyone could really live like that. The nobility of art must seem distant at these times.

But in the purest sense of the pursuit of art and beauty actors, and fellow travellers like writers and musicians, have a sense of destiny. One which does not rely on being glued to a screen full of figures day in day out.

Worship of Mamon, then, is not a good reason to pursue a life in art – whichever discipline it might be. Art should be for art’s sake, and if you happen to strike a chord along the way, then that is all to the good. I think of Rothko, finally, after 30 or so years of struggle to make his voice heard, drawing the knife deep into the vein below the elbow, despite having had the success of the Seagram Building series of works and the spotlight of fame slowly panning in his direction. And of Van Gogh, whose poverty was so pitiful that days would pass when he would lie in a semi coma, too weak to call for help. How he would have laughed to think his canvases are now being fought over in auction rooms around the world, the stratospheric price tags only within reach of the oligarch and the billionaire hedge fund founder.

And I wonder, glumly, what will happen to the mass rank and file of artists in a world so determined to be seduced by the cult of ‘celebrity.’

Daniel Craig got lucky, by some miracle of fate and happenstance, and has made the transition from ‘actor’ to ‘celebrity’. A man who has been able to command astonishing sums of money by being cast in the role of a 1950s fictional Secret Service creation.

It may not be art. But it is a living, of sorts.