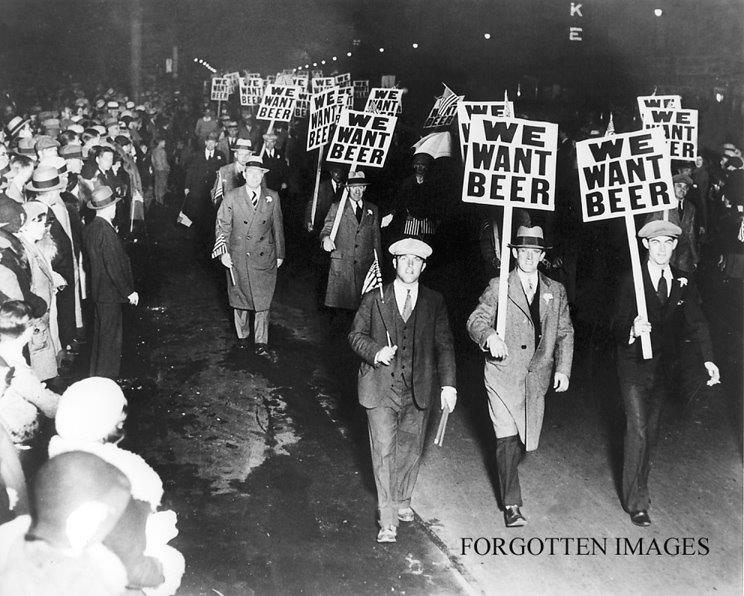 And the sun also rises…..

I am detained momentarily by Waterstones decision to give Hemingway’s A Moveable Feast the full ‘rediscovered classic’ marketing treatment.

The book – an autobiographical memoir of Hemingway’s time in Paris in the years after the end of the First World War – is a rich evocation of a battered city getting back on its feet in the aftermath of the carnage of the great conflict. As anyone familiar with Hemingway’s work will be aware, drinking and the culture of drinking is deeply ingrained within this homage to a giddy, exhilarating time in the Nobel prize-winning writer’s journey.

And, as our alcohol industry begins to count the cost of the Government’s revised guidelines for booze consumption and more normalised habits are resumed following the gimmicky ‘Dry January’ pressures, I wonder what Hemingway would have made of it all. At least by rooting himself in various European capital cities in the 1920s, Hemingway escaped the worst of the Prohibition laws which pervaded his US homeland from 1920 to 1933.

Promoted by the “dry” crusaders, a movement led by rural Protestants and social Progressives in the Democratic and Republican parties, and coordinated by the vigorously enthusiastic Anti-Saloon League, and the Woman’s Christian Temperance Union, the banning of hooch in the States nearly 100 years ago bears worrying resemblances to the current witch-hunts we are seeing perpetrated in some quarters over here. As someone who participated in a wholly dry January, I can see (and feel, more to the point), clear benefits from laying off completely for a month. But we also need to be aware of how well timed government PR can be used as a stick to beat and shame the extremities of so called drunken Britain. Our A&E wards continue to creak and shudder under the weight of the weekend binge boozers imbibing like there is no tomorrow, and the drain on the country’s finances is severe. So something clearly has to be done.

Around 80 per cent of all weekend admissions to A&E are alcohol abuse related. That is not why our NHS was set up. And it is not why we send our young people through seven years of complex medical training.

So I am all for radical moves to try to head anti-social drinking off at the pass. And I would be more than happy to see outlets promoting ultra-strong, impossibly cheap alcohol to be castigated for the part they pay in encouraging the appalling sights we endure on our streets and in our hospital wards as a direct result of exposure to dirt cheap rocket fuel. But as I see more and more for sale signs outside local neighbourhood public houses, and the culture of supermarket driven home drinking sales soaring at the inevitable cost to local pub culture, I kind of miss the way it used to be.

One of my clients recently opened a new craft beer brewery, based in a lovely part of Shropshire and marketing home grown ale at reasonable prices to reflect modest margins.

But the Government’s gloomy announcement at the beginning of the year, that we are all going to Hell in a hand cart if we have more than five pints/ a bottle of wine a week or thereabouts, coupled with the rigours of dry January had a major impact on business in this critical first quarter of the business cycle.

“Not so long ago demand for craft beer was insatiable. Now beer and wine suppliers are really feeling the pinch. It is literally as if the tap has been turned off.

“The timing could not have been worse and it is particularly difficult for the small independents,” said my client, the tone of resignation hanging like a pall of dark cloud over a Sheffield coal pit.

I think back to my national newspaper reporter days, hunched over a keyboard, invariably swathed in reams of dense tobacco smoke while fellow reporters twitched and paced around in anticipation of ‘lunch’ – a euphemism for a three hour drinking session interspersed with a pork pie and a packet of crisps, perhaps, but lunches on the publications where I cut my journalist teeth were primarily liquid. As a financial writer I was privileged in that my invite to lunch usually came from City-based fund management firms, bankers and players. Fast buck merchants, as one of my former colleagues would have it.

I wonder what the team who came up with the current abstemious alcohol guidelines would have made of those sessions in the late 80s-90s?

Those stories you have read about drink soaked hacks, slurring and stumbling back from epic sessions on the sauce, sometimes ending in clumsily thrown punches following some perceived insult or other, are, I can report from my front-line experience, by and large true. After months of attrition, I decided to trade the lunches for the sobriety of the gym. I took up marathon training. It worked, more or less, as I managed to evade the worst excesses that characterised that era of heroic Fleet Street drinking.

I suspect that the carnage I witnessed from the microcosmic realms of the newsrooms were replicated in other notoriously heavy drinking industries, such as insurance and, back in the day at least, private banking. There were many stories, and I shall not detain you here with them, although I can share with you my encounter with the senior news editor of a major Sunday newspaper which occurred early on in my career.

It was a Friday morning, and I was assigned a ‘Royal number’ – which is newspaper code for fact checking and reporting on the financial comings and goings of a prominent member of the Royal Family.

The story – if I got it right – was destined to be the splash (front page) for that coming Sunday. I just had to qualify various issues which the newspaper’s legal team was understandably twitchy about. Dozens of rapid fire phone calls later, I wrote the story and filed it. I thought it was good.

Minutes later, I was aware of a large, thick set man in his late 30s, hovering behind my chair, breathing very heavily. And reeking of alcohol. Ah, Friday afternoon. Late. Probably just back from the pub. Correct, Andrews.

Did you, he snarled, waving a wad of closely printed A4 pages under my nose – write this, this CRAP??? Now ferocious, his intonation rising to a bellow, the news editor then proceeded to go berserk. I feared he would punch me.

What’s the problem, I asked. You don’t rate it…?

Fortunately for me, my entirely sober desk editor intervened on my behalf, claiming my work to be one of the better financial stories they had encountered for many a long month.

I was, reader, vindicated. My story led the Sunday section, and was followed up by the rest of Fleet Street and TV news after publication. We were not sued, and my reputation as a splash breaking journalist was beginning. I became pretty good mates with the legal team on the newspaper after that initial incident, and, as I rose through the reporting ranks, the trickier, hard to break major financial stories were invariably assigned to me. And while nothing was perhaps quite as hard as reporting on the state of the world stock markets in the immediate hours following the September 2001 plane strikes on the World Trade Centre, toughing it out with a drink-hammered national newspaper editor will always stay with me.

I wonder how Hemingway would have dealt with it? I think I can guess….