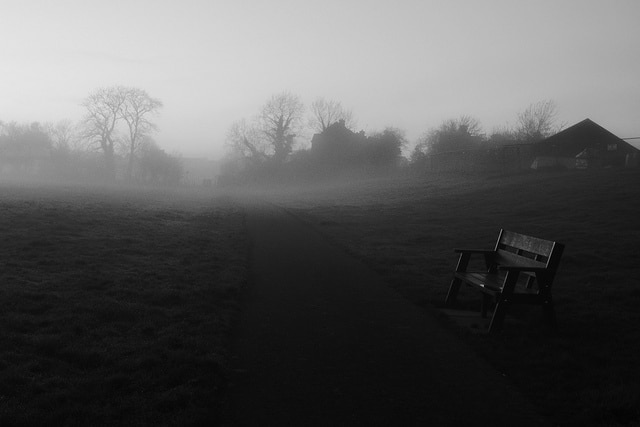 YOU don’t go for a workout at a gym these days. Not if you are in the City of London, at least.

No, head for 1Rebel in the Square Mile – it’s a ‘destination’, rather than a gym, they say – and you’ll be hammering out Rebel Reshapes or Rebel Rides with Jean, or maybe Vivi, or one of the many other gorgeous ‘personal trainers’ on hand to separate slickers from their hard-earned.

1Rebel, gleaming, flash and sleek, rather than shabby and sweaty – which is how I prefer my gyms – comes with a glittering price tag.

At £20 a pop for half an hour’s pumping on a spin bike, a bloke with a French accent shouting at you, 1Rebel is at the front line of the so called ‘feeder’ businesses which infest the City.

The financial community, the money men and women, are prime targets for the hangers on, the flotsam and jetsam which attach themselves, barnacle-like, to the underbelly of the financial district. And the wholesale narcissism sweeping through the reflective edifices in 2015 provides rich pickings.

Investment bankers who back in the day would be hitting the wine bars bang on the nose of 12.30 are now more likely to be reflectively downing a kale smoothie and wondering if they can crack their 40 minute 10k time on the run home from the office.

And whether they can blast out a quick Rebel Reshape with Jean and the crew before the markets open the following morning.

The City, currently enjoying an unprecedented period of growth, generates significant wealth for the UK.

According to Brookings Institution, London boasts the fifth largest city economy in the world, after Tokyo, New York City, Los Angeles and Seoul with an estimated GVA of £309.3 billion in 2012 (latest data available), and a per capita GVA of £37,232. By way of comparison, London’s economy is roughly the same size as that of Sweden or Iran.

With the vast majority of that wealth being delivered by the financial services sector, and most emanating from a three mile radius of the London Stock Exchange, we can expect to see plenty more of the 1Rebel-type set ups spring up.

Easy pickings are on the doorstep.

IT was a different kind of economics for the gunslingers who hung out in the sweat-stained ‘gym’ perched more or less precisely in the centre of north London’s Finsbury Park in the mid-80s. Well ahead of the so-called Big Bang changes ushered into the City in 1986, I was scratching a living as a freelance writer, filing copy to any organisation which would have me. It was a hand to mouth yet exciting time, when I never knew where the next buck was coming from.

The dominant economic narratives of the day for me were the exchanges which took place in that tiny, grimy work out space in London’s then very down at heel N4.

Like most areas in the capital outside of the traditionally posh addresses – the Mayfairs and Knightsbridges and Kensingtons – which have always been affluent, one way or another – Finsbury Park was a dump.

A seething cesspit which made downtown Detroit look glamorous, as the annoyingly good looking American actor who frequented the gym and had a small part in the expensive TV series Tender is the Night (1985) memorably observed.

The actor would invariably be among the dozen or so mostly black faces peering out from the gloomy interior. The rank stench of ancient sweat ingrained deeply in the walls and embedded into the pores of the grips on the free weights and primitive multi gym set up.

My routine in those days would be to pester news desks for commissions, file articles and features I had on the go, before hitting the gym for a lengthy work out. We were all mostly on nodding terms, and would from time to time help one another to bench press the heavier weights. None of the regulars worked 9 – 5. Some of the guys had literacy issues. I remember composing letters to landlords, helping them work out bills they did not understand. That kind of thing.

We were a community of sorts. We got along well.

Along with listening to the handsome American actor grumbling about how dirty and tired London – and Londoners, I presume – was, I would nod in silent assent when Bernie K (we never knew what the K stood for), but everyone referred to him as Bernie K, talked about how hard it was to make a living in a London which was on the verge of great change.

The age of the Yuppie was imminent. And there was no place for Bernie and his crew in their narrow focus universe.

Man, Bernie K would quietly observe as we gently jogged around the warm up track ahead of hitting the weights, s’getting harder and harder to make a living in this town. Think maybe I’ll be one of them trainers…

Trainers? The only kind of trainers I knew of back then were the trainers you put on your feet before doing the road work.

Man, you know…one of them personal trainers…those white dudes over there – Bernie K nodded his glistening shaved head in the direction of the City.

Dudes are paying dudes to train with them, said Bernie K, flashing a huge grin at me while simultaneously twirling a finger around a temple, the universal language for nutcases.

Bernie K, who looked like a scaled down Muhammed Ali, rippling, precision defined abs, sharp as a pin, could not get his head around why anyone would hand over hard cash for a training session.

Motherfu**ers got more money than the good sense they came into this world with, he said.

In 1985, when the notion of a personal trainer did not really exist outside of the smarter LA gyms, Bernie K had a point.

The ramshackle crew who frequented the Finsbury Park recreation ground in that summer of 1985 paid 30p a pop for use of the track and ‘gym’.

If there was a shower room, I never noticed it. There were no ‘celebrity DJ playlists’ such as 1Rebel advertises.

Our accompanying sound track was invariably supplied by Jones, a massive black guy and integral member of Bernie K’s crew. Jones particularly liked to work the heavy bag which hung ponderously in one corner of the cramped space.

He showed me how to put compelling combinations together on that bag. How to develop rhythm and technique over timed three minute, hard hitting sessions. How to dance around the bag as it swung towards you. Hit it man. Think of it as a muffaf***er you don’t like, Jones would advise.

Jones, 6 5’, buzz cut, heavily pock marked features and always chuckling with one of those infectious laughs, had the biggest arms and chest I had ever seen on a man. Enormous strength, honed and chipped in that stinking, fetid gym for which we paid 30p for the day. He carried an early style boom box cassette player everywhere he went, blasting out LL Cool J at bone shaking volume. I can still hear it.

It’s now 30 years since that summer faded into 1985s grey autumnal mists, and I often wonder how Bernie K, Jones and the rest of the crew fared as the London we knew as young men gradually gave way to the dominance of the City and the gentrification of the streets we once owned. What I do know is that, like me, they would have a good laugh at the 1Rebel £20 Destination Reshape sessions. And the ‘celebrity’ playlists.

Yo, I hear Jones cackling down the years. Yo, you want to train?? Man, you just get on and work that bag bro’.