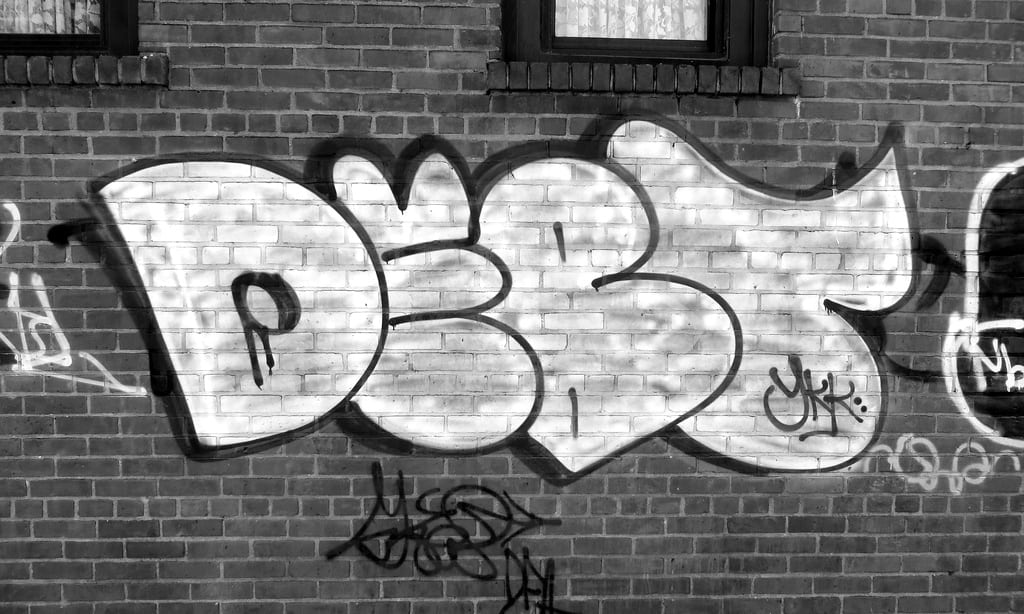 D for Debt, with a capital D for emphasis. As if those swamped by debt – and there are clearly many – need any further underlining of their plight.

Wherever you look, it’s everywhere. Ubiquitous.

Contemporary Western society has been built on the foundations of debt. From the days of the promise of a sheep or a goat in exchange for a spot of land, advancing through to the monetarisation of modern societies, debt has by turns haunted and plagued those who are mired in it. 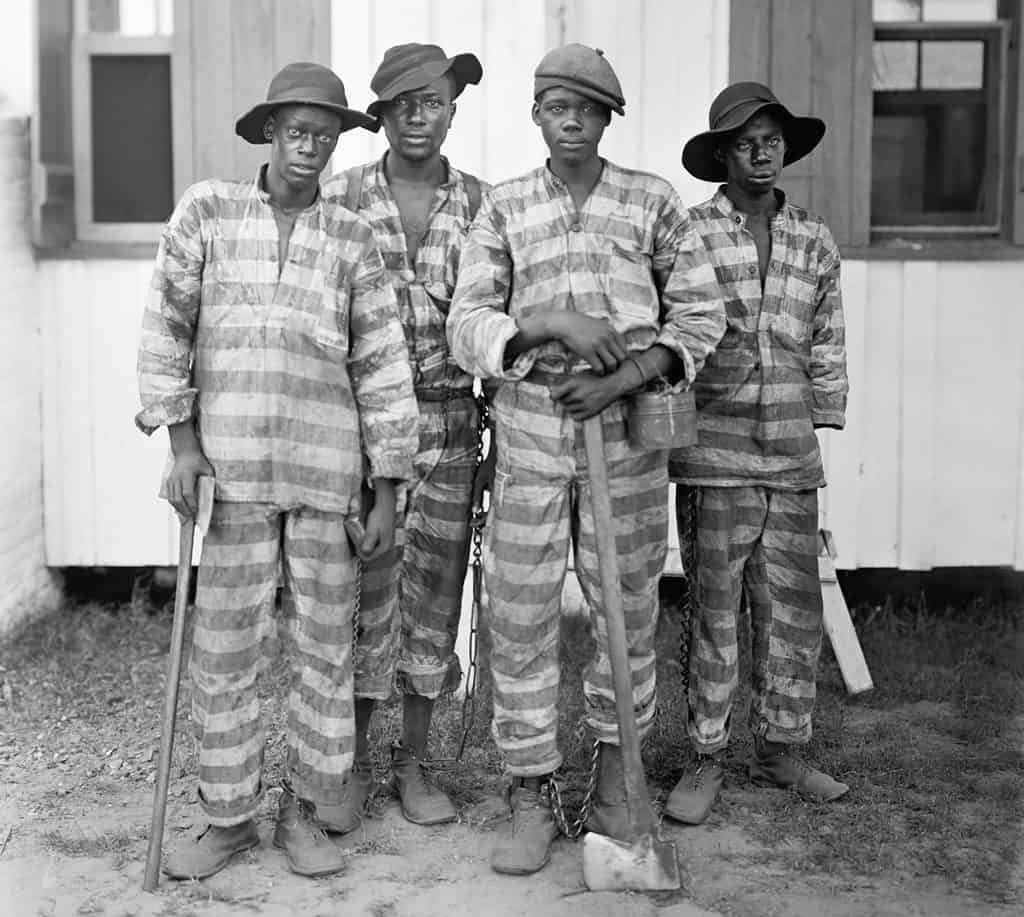 As debt has evolved, and a necessary demarcation between consumer and corporate or government debt emerged, the term ‘consumer debt’ – a euphemism for the medium through which so many of us regulate our finances from month to month – is rarely far from media headlines.

I recall making the journey up the A1 from London to Stamford – then home to CM magazine – in my battered Alfa Romeo in the spring of 1988.

A young man, headed north for some trial shifts on a magazine which I knew little or nothing about.

My editor in those far off days was Richard Smith. Clever, witty, a 30 a day hack of the old school. And a man who knew a thing or two about debt.

Coming as I did from an arts background, mostly writing about new movie releases, books, theatre and the like, my only real knowledge of debt was the ever-increasing burden of my monthly credit card statements. Plus, the fact that my mortgage, which started out at 7 per cent in 1986, had leaped to just shy of 14 per cent by 1988. 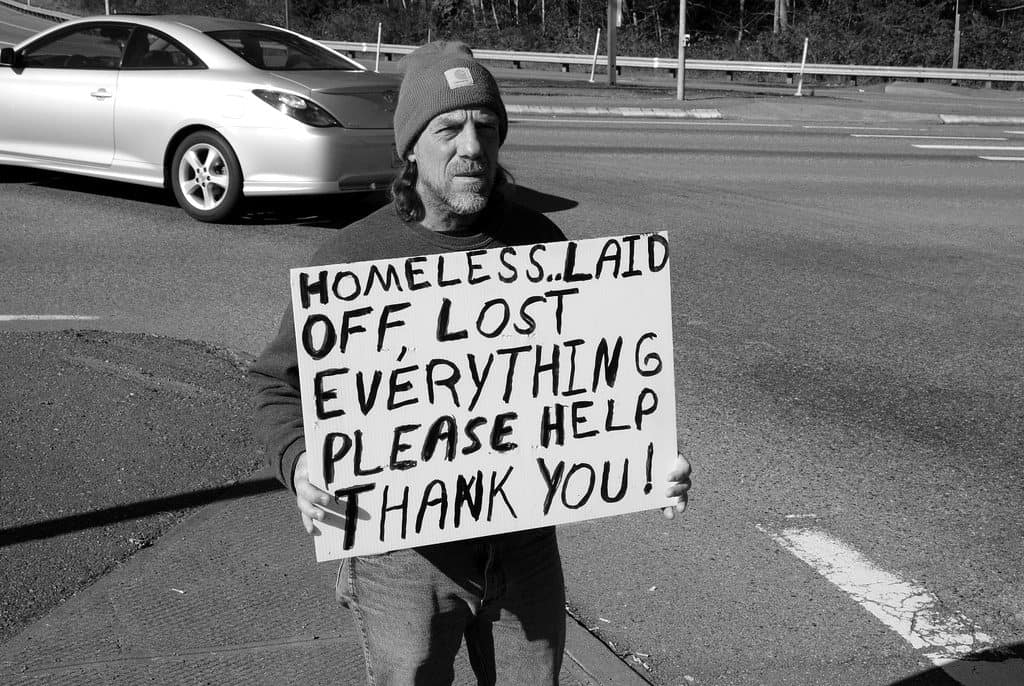 In common with millions of homeowners at the time, I was caught up in the shocking leap in Bank of England base rates, which spiralled ever upwards at a giddying pace.

Many people were effectively ruined by this calamitous rise, keys to no longer affordable properties were regularly posted back to the banks and building societies which had agreed the mortgages. Hundreds of thousands of properties were repossessed. It was a very difficult time.

‘The first thing you should know David,’ said Richard Smith, ushering me to a desk in the corner of a tiny, smoke filled office and deftly switching on the monitor of a vintage Amstrad computer, ‘is that we are all f*&ked.

‘Fine if you’re the Queen or whoever, but if you are Joe Schmoe with a big mortgage, then you’re going to be in deep sh*t. Who can afford a doubling of their home repayments every month,’ he reasoned. 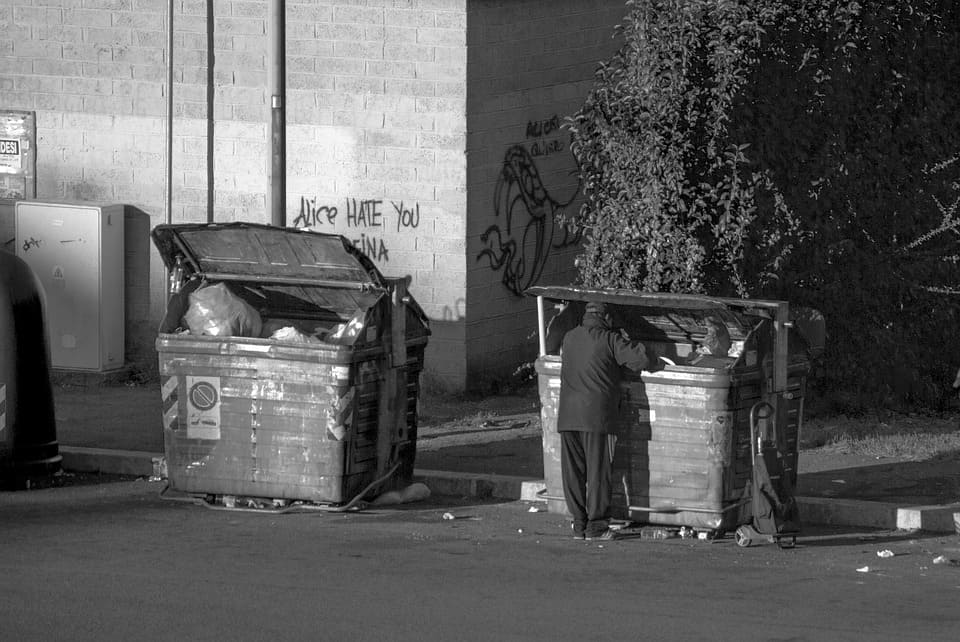 And he was right of course.

The ghosts of the now long-gone Richard Smith, who battled his own demons from that tiny newsroom, with its tranquil views through a haze of Golden Virginia tobacco smoke, and my fellow writer in crime Anthony Levy, who I can picture sitting alongside me, vigorously attacking the keyboard on his Amstrad, haunt me still.

Now, nearly 30 years on, the D word is once again resurgent, as consumers borrow and rack up the loading on their plastic like there is no tomorrow.

All those fancy new vehicles you are surrounded by when crawling interminably on the M25? Nine out of ten are bought on the never never. Personal contract plans, HP deals, lease agreements, whatever. The overwhelming majority are expensive, Bluetooth-optioned examples of creaking, groaning debt.

Although some characteristics of our contemporary macroeconomy look similar to the late 1980s—house price inflation has been rapid and household debt has been rising strongly—others look rather different.

The unemployment rate today is vastly lower than in the late 1980s, and interest rates are also at rock bottom relative to the levels of the past 30 years and are expected to remain so by market forecasters.

That said, according to the Bank of England’s latest forecast (September 2017), British household debt will hit a record high next year (2018), surpassing the pre-financial crisis peak as a surge in credit card borrowing has financed extra spending in recent months.

The average household had unsecured debts amounting to £13,200 at the end of 2016, just below the £13,300 level at the end of 2008, on the eve of the credit crunch, according to recent analysis by the Trades Union Congress (TUC).

One of the biggest culprits in driving people into the red is the steady rise in credit card debt among UK consumers over the past decade. 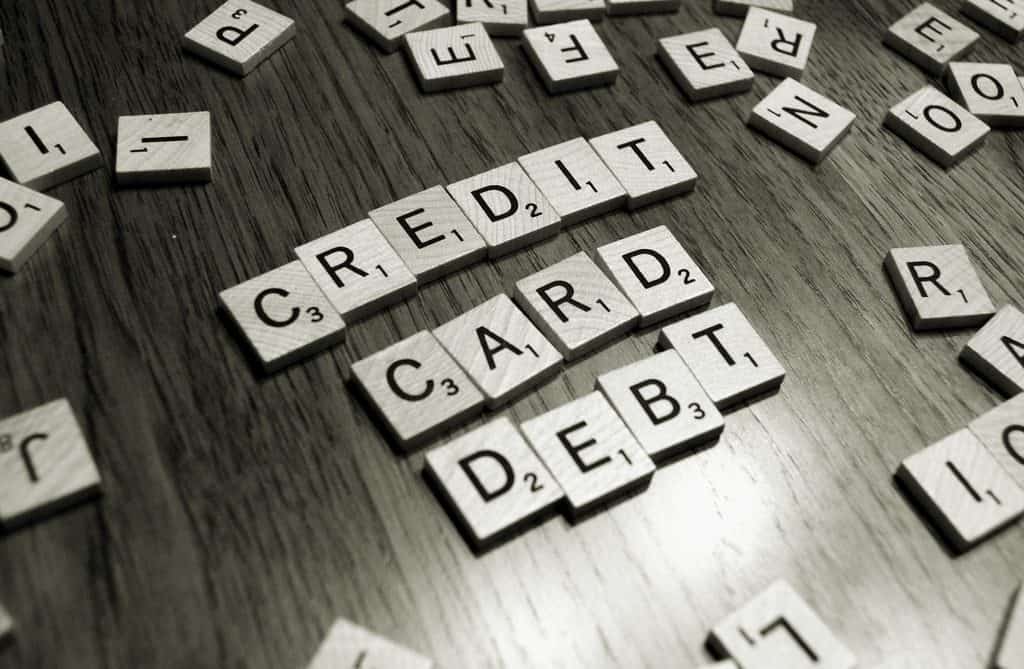 The outstanding debt on our collective credit cards rocketed in the immediate aftermath of the 2008 financial crisis as households struggled to make ends meet – then stagnated for a few years, only to start climbing again in 2013.

The level of outstanding debt on credit cards has now reached record levels and is concerning the Financial Conduct Authority (FCA) and the Bank of England — debt charities are also deeply concerned.

A recent FCA investigation into credit card lending proposed a host of rules to help people struggling with long-term card debt, including ordering card companies to help consumers “by reducing, waiving or cancelling any interest or charges” for those borrowers struggling to repay their debts.

The regulator is now undertaking a similar review into all high-cost credit. The FCA’s concerns centre on the 3.3m individuals it estimates struggle with so-called ”persistent” credit card debts, which it defines as people who pay more in interest and charges than they do repaying their borrowings over an 18-month period.

According to the UK Cards Association there are about 64m credit cards currently in use. Data from the Bank of England shows families owe a record £68bn on their plastic. 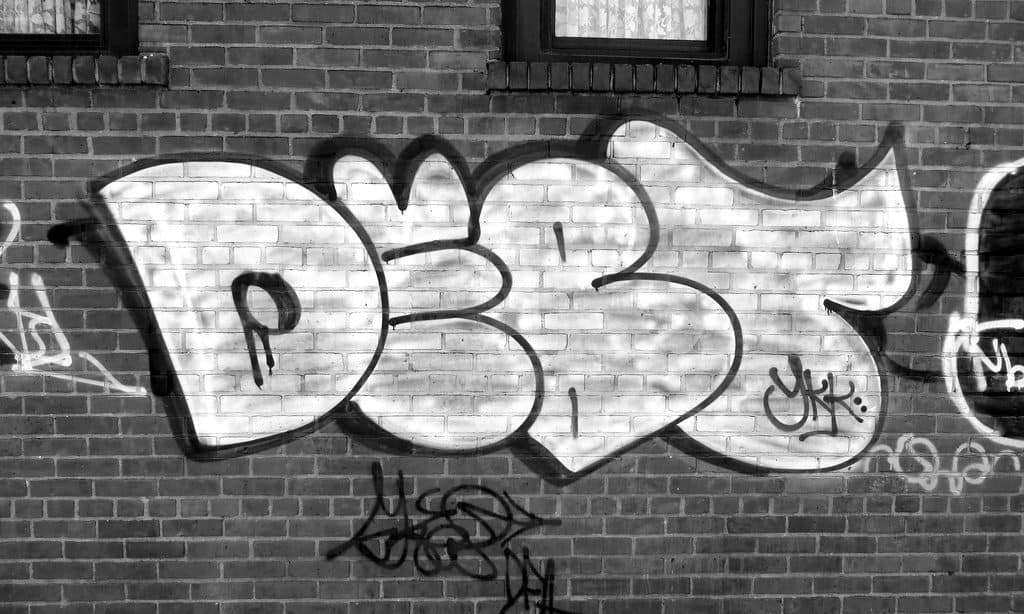 This Perfect Storm of debt and economic uncertainty has prompted around 600,000 people to contact StepChange, a major debt advice charity.

StepChange estimates 8.8m people have turned to credit to pay for everyday household expenses in the past 12 months.

And it’s not as if these borrowers are walking the streets. More than half of these were in employment with 41 per cent in full-time work.

Lenders of course have been profiting from rising debt, just as they have through time immemorial. Borrowers typically take decades to pay off debt, meaning they pay a lot of interest – all good for lenders.

But if we were to be hit by another recession – unlikely as that may seem now – then lenders will catch the mother of all colds and an already precarious situation could easily escalate into another 2008-like meltdown situation.

The Bank of England estimates total debt to individuals to be around £1.5 trillion, which is an average of £28,000 for everyone over 16 in the UK.

Most of that – about £1.3tn – is made up of mortgages. The rest is for credit cards, overdrafts and loans to buy anything from cars to holidays to the must have latest kitchen fittings.

It’s a lot of money, and whichever way you cut it, it still comes back to the D word. 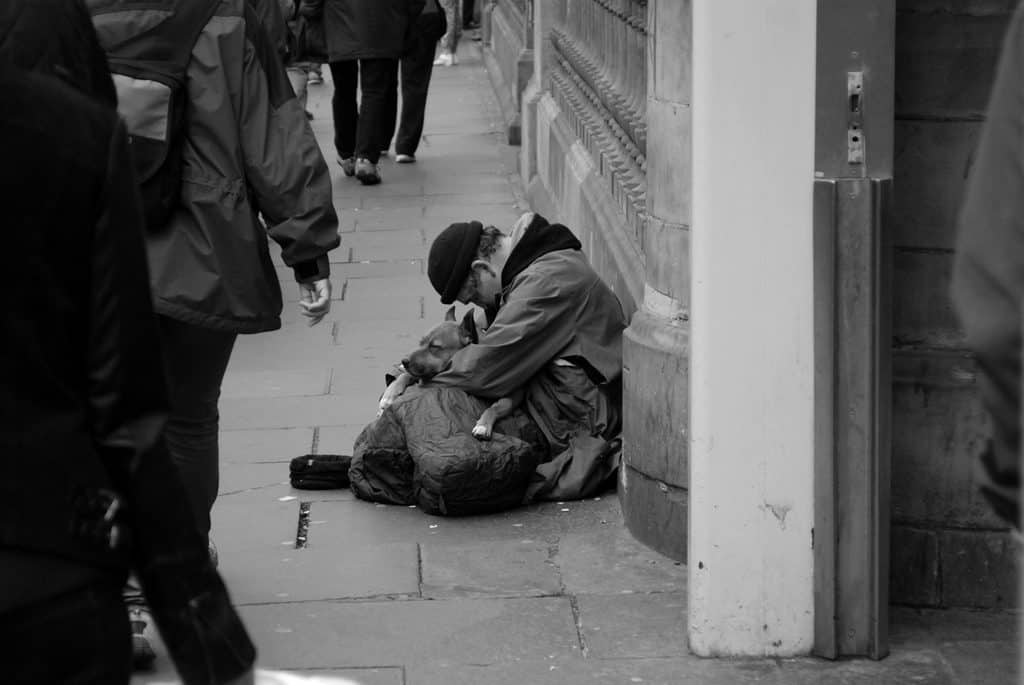 I can still see Richard Smith pacing nervously up and down the CM newsroom, drawing deeply on the 20th rolled fag of the day, looking at my screen, clocking the latest debt calamity news story and muttering nervously, deeply worried.

‘What you’re saying here, basically, is that we are up to our necks in the brown stuff, running out of the moohlah,’ he would say. ‘You’ve got the big mortgage haven’t you David?’

I grimly nodded my assent.

‘Word to the wise. Make sure you have the F&*k You war-chest in reserve. The walk away wedge. The get you out of trouble, few grand stashed away. You’ll need it…..’