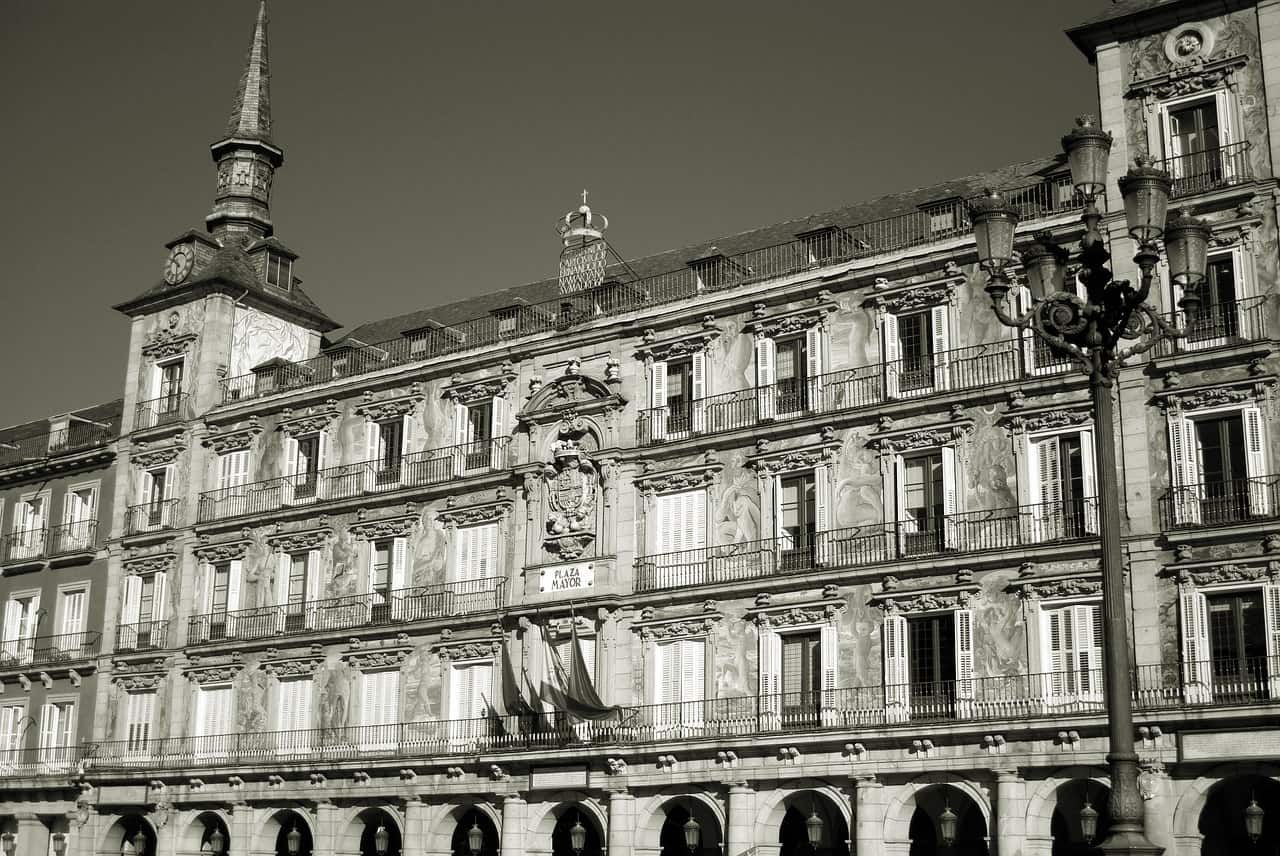 A couple of days before I arrive in Madrid, the streets of the Spanish capital were jammed with ‘Marches of Dignity’ demonstrators protesting at the government’s austerity measures. Under the slogan, “bread, work and a roof for all,” many thousands of Spaniards demanded an end to government budget cuts and debt payments they say are strangling the welfare state and helping impoverish the majority of Spaniards.

Spain is enduring horrendously high levels of unemployment, most acutely felt in its under 25 work force. Around 50 per cent of all working age Spaniards under 25 are out of work. Their frustrations were evident on that Saturday prior to our arrival, as the demonstration unfortunately ended in violent skirmishing – nothing like the horrors which tore through London in August 2011, but unsettling nonetheless.

While the UK is enjoying a steady return to growth, Spain, in common with Portugal and Greece – and to a lesser extent France – remains mired in a stubborn trough. And it is not looking like it will recover any time soon. Approaching the Museo Thyssen-Bornemisza for the major Cezanne retrospective, I notice two elderly women, both destitute, slumped by the walls of this most imposing of galleries. Well-dressed Spanish bourgeoisie file past, barely sparing these desolate creatures a glance. I am reminded of George Orwell’s impressions of Madrid in the mid-1930s, when the great writer allied himself to the Socialist side during the bitter fighting of the Spanish Civil War. It was, said Orwell, a city of extraordinary contrasts, with unrelenting poverty rubbing shoulders with relative prosperity. Not unlike Orwell’s observations of Paris and also London in the 1930s.

But now Spain, once the go to destination for so many Brits wanting a place in the sun is one of the sick men of Europe, saddled with an economy which has thus far failed to drag itself back from the brink.

So why has the UK bounced back and Spain, which had also been enjoying a pretty good run up until the wholesale collapse of its economy at the end of 2008, been left behind in a cloud of toxic dust?

Whereas the UK’s recovery has been partly driven by a recovery in manufacturing demand, and a gradual return to pre-recession employment levels coupled with a booming financial services sector in London, Spain’s economy has been heavily dependent on real estate and construction since General Francisco Franco’s dictatorship in the 1950s.

When the country’s banking system all but collapsed in late 2008, its construction and development industry went down like a pack of cards with it – and there was very little to fall back on. The tourist industry was also concomitantly hit for six, as fellow Europeans slashed their holiday budget. In short, no-one wanted to go to Spain.

What a difference a decade makes. Back in the 90s Spain’s economy roared ahead at nearly 4 per cent a year, leaving much of the rest of Europe marvelling at how the canny Spanish had done it.

Now the ongoing fall-out from the collapse has seen the country riven by bitter divisions. Inevitable in a country with one of the highest unemployment rates in the world.

But wander around the streets of Madrid, and, I daresay, Barcelona and you will struggle to find many obvious signs of misery and economic hardship, my examples of the forlorn street women notwithstanding.

I wonder what George Orwell would have made of it all.