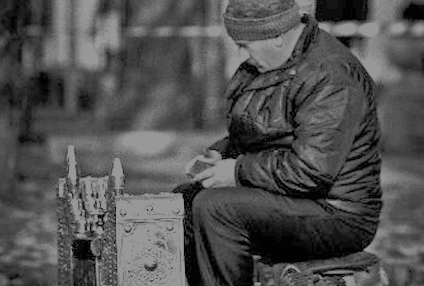 And quiet flows the Bosphorus…

I’m waiting for a tram in Istanbul’s majestic Old City.

It’s a late Sunday afternoon in mid-December, and the limp, watery sunshine filtering through the minarets of the Sultan Ahmet Mosque – or Blue Mosque as it is popularly known – is about to fade entirely.

It’s going to be a cold night. There’s a biting wind ripping through from the Bosphorus, and I consider jumping a cab. But the choked roads and furious cacophony of horns from the static traffic – Istanbul’s perpetual Achilles Heel – persuades me to take my chances with the jostling crowds.

Judging by the grimly determined countenances of my fellow passengers, I’m thinking it’s going to be touch and go, getting onto the next one.  Like everywhere in this teeming city, the tram stop is rammed. Locals returning from a day’s wandering around the maze of ancient streets with their families, tourists and workers finishing yet another long shift. An elderly man standing next to me sighs loudly, and then, like Moses parting the Red Sea, extends his arms, and astonishingly creates some personal space. He lowers himself gently onto a shoe-shine box, and waits.

He must be at least 75 years old – maybe 80. Gosh, I think, looking more closely at the deep rivulets carved into that striking face, this guy could be pushing 90.

He’s been out cleaning shoes all day – I noticed his own robust looking boots carried a gleaming, impeccable shine – and now he is grateful for a brief interlude, a sit down. Another long day closeth. A hard day, I don’t doubt. For that is the economy of the street, where hustling and badgering for a few Turkish lira a day is the lot of millions and millions of workers in Istanbul. With an official population of 13.9 million it is the second biggest city in the world and the furiously pumping engine powering one of the fastest growing global economies.

The lengthy shadows cast by earlier imperial masters – the Romans were quick to see the city’s potential for commercial gain back in 330 – resonate down through the centuries, and everywhere I look there is a relentless energy devoted to squeezing every opportunity for a few more lira.

But Istanbul is also a city of extraordinary contrasts, and for all the wealth pouring in to underpin the massive property and infrastructure development programmes, there is also a grinding poverty, where workers like my ageing shoeshine man labour all the hours under the sun for pitifully small reward. I’m told by locals that the typical take home wage in the city is around the £600 a month mark. For the more prosperous middle classes this can climb to around £4,000 – a salary nudging £50,000 a year can go a long way in this city. But the vast majority of workers earn nothing like this. Then there is the uber class, the rich, a relatively small pocket of entrepreneurs who have mined the city’s rich seams to be rewarded with gilded lifestyles way, way beyond the hopes and dreams of the indigenous population.

There is of course nothing new in this scenario – wander into downtown Shanghai or Mumbai and you will see extraordinary levels of wealth and ostentation rubbing cheek by jowl with extreme deprivation. It is the way of the world, and one senses that locals are too busy earning a crust – or simply too exhausted by the logistics of trying to access their places of work through some of the most congested roads in the world – to worry too much about the massive economic divides apparent in their community.

Sauntering along the river, collar turned up against the biting wind, I step into the road to overtake some dawdling teenagers, and leap almost out of my skin as the impatient driver behind the wheel of a Ferrari 458 blasts his horn before snarling down through the gears and fishtailing up the road, only to be stopped dead by the inevitable traffic jam which awaits a few hundred metres along. Extraordinary, I think, I’m almost taken out by a £175,000 motor in a city where the economy is officially classified by the IMF as an emerging market. Ferraris – and that’s not to mention the many, many other high end petrol muscle on liberal display – usually suggests to me that an economy has long since emerged.

While the likes of Spain and Portugal and – to a lesser extent, France – struggle to recover from the global financial recession, the Turkish economy expanded by 9.2% in 2010, and 8.5 percent in 2011, effectively making it the fastest growing economy in Europe. The country has long been on the Brit holidaymaker radar, but the vast majority of UK tourists head for the sun-soaked beaches of the south of the country, taking advantage of relatively low prices compared to France and other European destinations.

But you get the sense that they are missing out on the real Turkey, as evidenced by the vibrancy and hustle of Istanbul. It’s a city which never sleeps. Restless, eager.  A city still perpetually in search of itself. And if they can ever sort out the traffic jams, then who knows what the city can go on to achieve.

Taking my reluctant leave of Istanbul, I found myself heading out to the airport in the back of a beaten up yellow Fiat cab.

My driver was a young gunslinger, barely in his 20s. He greeted me with a beaming smile before tearing away in a screech of tyres, propelling me back in my seat, weaving in and out of traffic as fast as the straining engine would allow. The rear seatbelt had long since given up the ghost, and I resigned myself to a fraught journey, hoping for once that the volume of traffic would force a less frantic ride. I was wrong, of course, as my driver joyfully embraced the difficult conditions, roaring through heaving four lane traffic as if he were on a track day at the Nurburgring. Along the way, to take my mind off wondering how we would fare in a collision with an Audi A8, we had a fragmented chat about the local economy. Are you making good money, I asked the young Aryton Senna. Yes, yes YES, he said….it is all good. Very busy – good money to be made, especially driving to the airport, he shouted above the revving howl of the engine.

Lots of foreign people now coming to Istanbul, he beamed, swerving neatly in front of a brand new 5 Series BMW. I looked nervously at the speedometer. 120 kilometres an hour. I could feel the sweat building in my palms. That’s great, I said, wondering if the Range Rover hovering around a metre from our front bumper realised we were there. I hoped so.

Screeching up to the departures gate, I stumbled, dazed, out into the thronging crowds. Lots of people leaving, thousands more pouring in. To spend more lira.

GETTING back to Brighton, and running along the sea front, I’m thinking of the relative calm of my home city compared to the manic bustle of the one I have just left, and the contrasting energies of place.

I jog past the two guys still sound asleep on the covered bench looking out to the old pier, sleeping off the night before, I reckon, if the empty vodka bottles which are littered around are anything to go by. And I think back to the old guy waiting, with the patience of Job at the tram stop, and the dignity of his labour in a land where there is no safetly net, no bail outs, no State-provided pensions or benefits and I think, ok, each to their own, but while the streets and walk-ways of Brighton are liberally sprinkled with those who have long since given up on any ambitions to contribute to our economy for whatever reason, that is not an option for the shoe shine man or his millions of fellow workers all those long miles away in Istanbul.