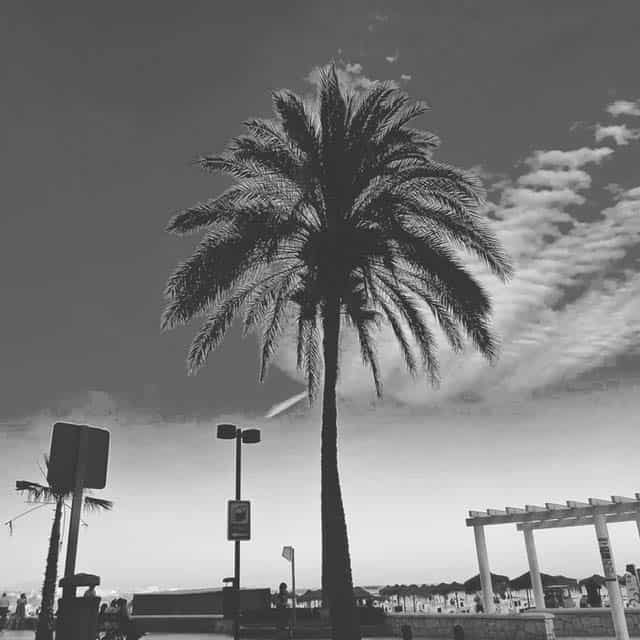 Saturday morning in Fuengirola and the joint is jumping.

I’m perched outside my favourite cafe, watching the world go by.

This is not a place for quiet contemplation. Far from it. It’s noisy. Off the scale noisy. 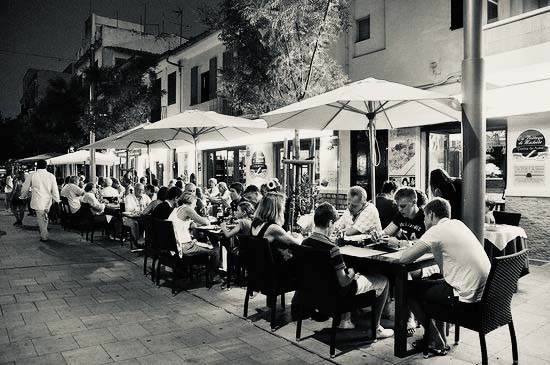 Spaniards are always in a hurry, and never more so than when they are sitting in a massive traffic jam with one hand planted firmly on the car horn.

The cacophony from the gridlocked traffic is extraordinary.

Only matched perhaps by the volume and intensity of the shouting which goes on all around me.

Along with being impossibly impatient, Spanish people-who I like very much by the way-seemingly rarely simply talk to each other, much preferring to shout. Loudly.

The woman sitting opposite me catches my eye. She is sipping on a large glass of white wine.

It’s 10 am, and I’m on my third coffee of the day. Feeling ever so slightly sanctimonious that I’m not knocking back a white Rioja.

The woman looks at me, deeply weather beaten.

Many many years toasting gently on Mediterranean sand.

And then solemnly raises her glass in my direction.

Salut, she says. I raise my coffee cup and smile back at her, salut, I say, returning the compliment.

This, she says, is my third glass of wine today.

She takes another long sip. The hint of a flirtatious smile.

Okay, I say, respect…this is my third coffee. And hey, it’s only 10 o’clock in the morning!

She beams benignly and leans in closer. It won’t be my last, she cackles.

She asked me where I’m from. I tell her Brighton, on the south coast of England.

Ahhh, she says in near perfect English. Brighton. I was there many years ago, when I was a young woman, maybe 18 or 19.

For a fleeting moment I read a lifetime of disappointments reflected in her pale blue eyes.

Given as I put her in her 70s now, we are going back a good while.

Long before Brighton became such a go to destination for the bearded ones descending en mass from the mean streets of Shoreditch.

She is German she says. From Düsseldorf. She shrugs.

To grow up in Germany in the immediate aftermath of the Second World War was very difficult, she says, quietly.

My father was a soldier of the Third Reich. He saw many things, and occasionally he would allude to them. You could tell he was a haunted man.

There are far too many Germans in Spain now, she asserts.

And to think I came here all those years ago to get away from my fellow countrymen!

The best laid plans she adds, raising an eyebrow.

How long have you been in Spain I ask?

Another sip of wine. I think maybe now 40 years she says. I have seen many changes.

I’m sure, I venture. The world is very different now.

Fuengirola was like a fishing village when I first arrived here, she says, glancing up to catch the waiter’s eye for a refill.

And now it is full of tourists, it’s changed beyond recognition. I don’t really like it anymore – but I don’t think I have much choice now.

I’m coming towards the end of my time. We are all just passing through, aren’t we?

She raises the glass again.

I’m wondering if I should break my no alcohol-during-the-day rule simply to join her in a toast.

But I think better of it, and order another coffee.

As we are talking I notice another woman sitting just behind her.

She has parked up her mobility scooter, and is lighting a fag.

She orders a large glass of rosé wine.

What is it about the wine on a Saturday morning?

I just catch her voice above the general babble and clock she is English, although with the very deep tan and southern Mediterranean look she could have passed for a local.

She smiles at the waiter, and I see she has one solitary upper tooth centred in the middle of her extravagantly lined mouth.

Like a craggy rock sitting abandoned on a Cornish peninsula, the tooth is a deep brown hue.

I can’t think it’s going to be sticking around much longer.

She engages the waiter in animated conversation, and I’m impressed with her fluent Spanish.

I guess she’s been here a long time as well.

Despite the mobility scooter, and the early morning cigarettes, and a large glass of wine, she radiates an energy which belies her advancing years.

How are you today Carlos, she yells across the busy tables.

When are you going to be taking me out to dinner?

Carlos the waiter gives a loud laugh, and shoots back, are you free tonight my darling?

I’m always free, she says, especially if you bring me another glass of rosé!!

Okay it’s coming now, assures Carlos and scampers back into the gloom of the tapas bar.

Blimey, I’m thinking. You have to admire the energy of these old girls.

Starting the day as they mean to go on. 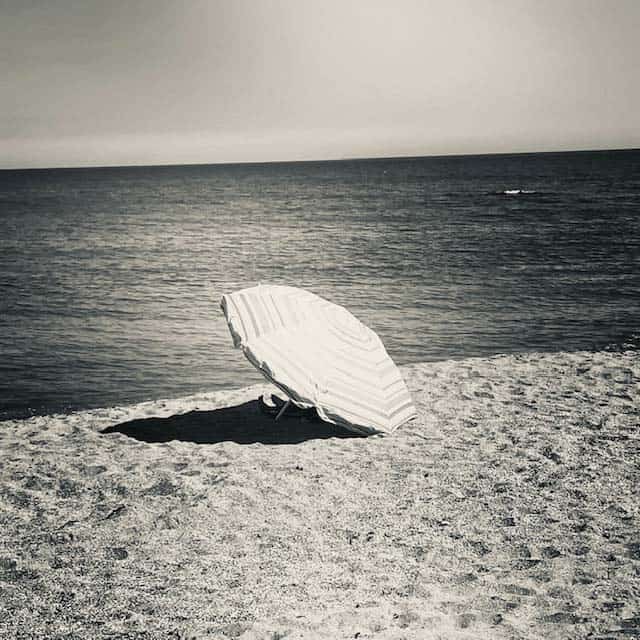 After three weeks on the Costa Del Sol, I’m restless and I’m ready to get back to Brighton.

Spain is a magnificent country, with a fabulous and exotic history, and has much to offer.

But I can’t help thinking that down here in the roasting heat, where the long days are punctuated only by the sighs of the inevitable afternoon siestas, there is not a huge amount going on.

I’ve decided that I much prefer the north of the country, where the climate although gorgeously temperate, is not so punishing, so utterly enervating.

I like the green of northern Spain, and I love the extraordinary range of cuisine on offer in that part of the country. And the Costa Brava is seriously under rated in my view.

The Costa Del Sol it seems to me, is all about the beach loungers, the extraordinarily oppressive heat, and the inevitable knees up in the many tourist bars of an evening.

And that’s about it.

Massive heat makes it very difficult to function, and even though I attempted a few 30 degrees-plus games of tennis, I know that this is not the place for me to hang out for too long.

As the late American writer James Salter once said, you can earn a buck writing about dead and alive places, but don’t expect them to nourish your soul.